We flew on the new seaplane between D.C. and New York 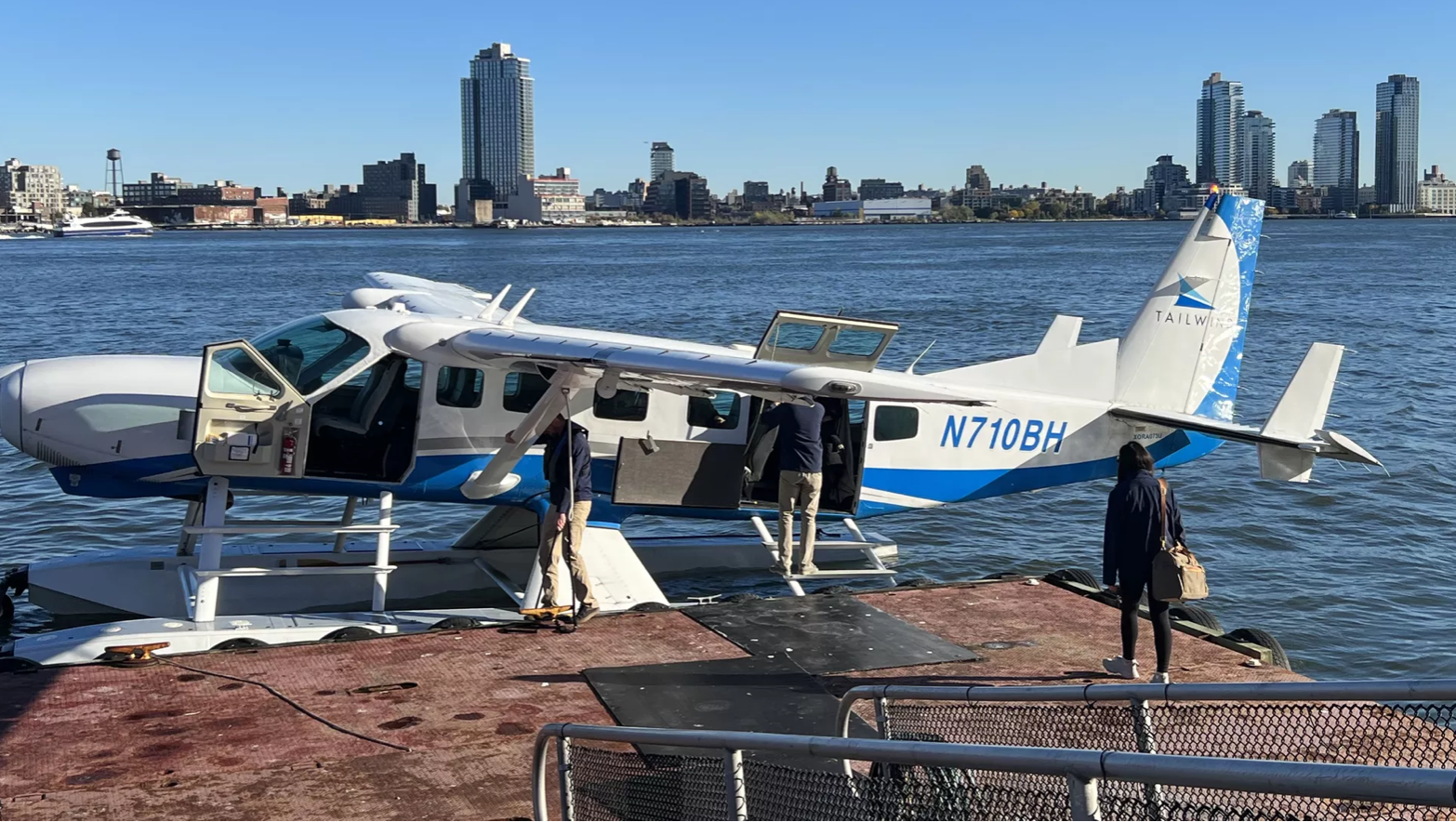 👋 Hey, Axios Local bureau chief Kristen here. Can I tell you about the night last week when I found myself frantically weighing my MacBook on my bathroom scale?

What was happening: I was going to New York City for two nights. And I'd booked the new seaplane. But it was only once I'd paid did I see the fine print: "Your ticket includes 20lbs of carry-on baggage/rollaboard only."

Why it matters: Name one time you've packed 48 hours' worth of New York City wardrobe changes in the equivalent of a diaper bag!

Catch up quick: Operated by Tailwind Air, the seaplane between Dulles and Manhattan’s East River “Skyport” started service on Oct. 14.

The upsides: First and foremost, the trip is nearly frictionless.

There is this ⬇️

Yes, but: There are a few downsides.

Of note: I also had a booking canceled five days in advance due to “operational issues.” Company representatives couldn’t pinpoint the exact reason, but told me the plane likely needed maintenance. At least I had enough notice to shuffle my plans.

The bottom line: Tailwind is an awesome option for commuters, or those who won’t stress about a 2.8-pound MacBook hoarding precious carry-on space. That said, I’d 100% do it again — unpacking was a cinch.