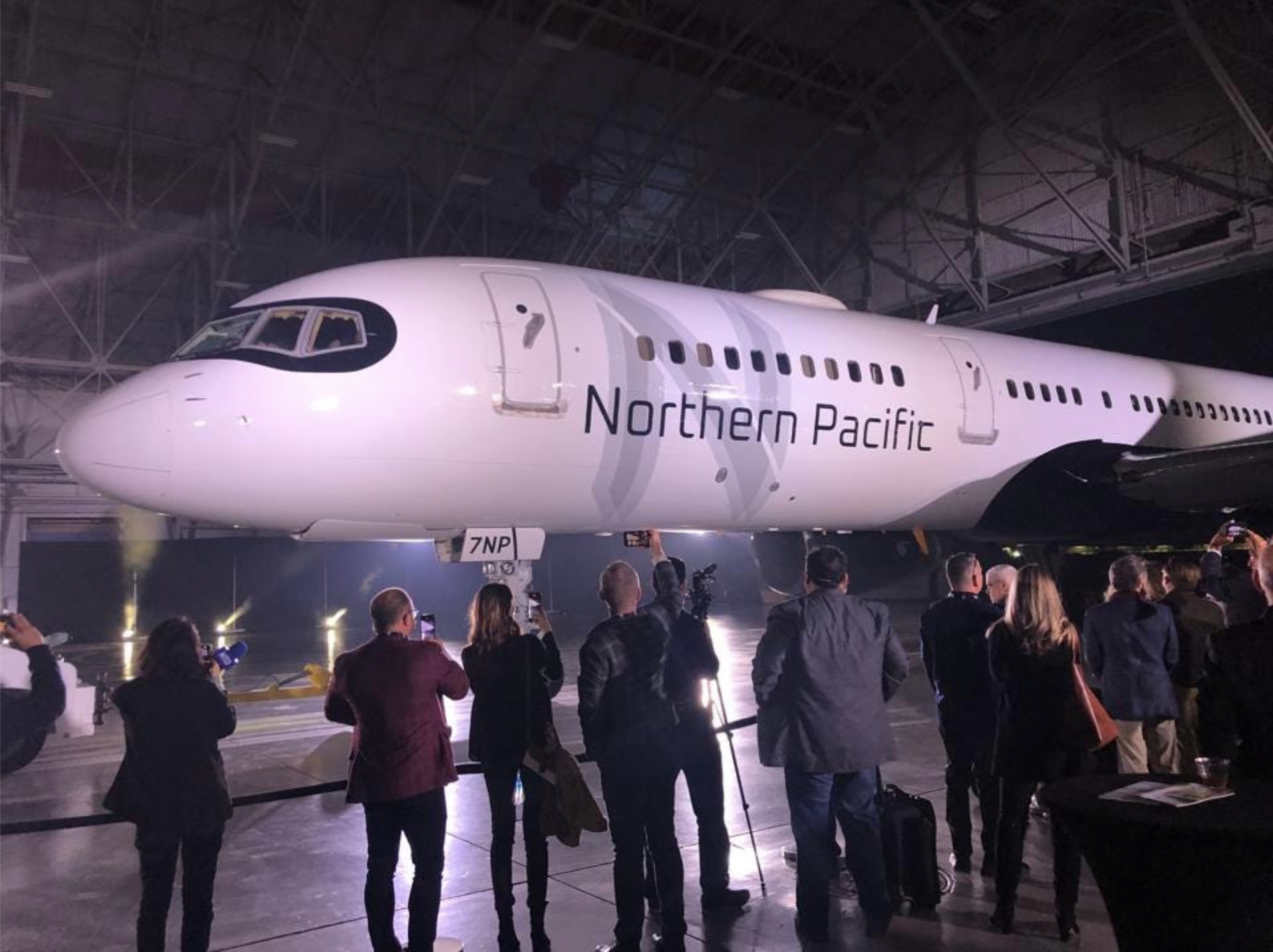 A new low-fare airline between the United States and Asia is set to take off in autumn 2022. Northern Pacific Airways plans to link 5 airports in the continental US with four destinations in Japan and Korea.

What’s the catch? A stopover in a sixth US destination: Anchorage, Alaska. Ted Stevens Anchorage International Airport is to be Northern Pacific’s hub between Los Angeles, San Francisco, Las Vegas, New York and Orlando in the US, and Tokyo, Nagoya and Osaka, Japan, and Seoul, South Korea.

Old Asia hands may be reminded of the ‘80s or earlier - refueling stops in Anchorage were routine back then. The rest of us may be wondering why we’d opt for a layover when there are now nonstop flights to Japan and Korea from all four corners of the Lower 48.

Northern Pacific makes a compelling case, and it’s not just the low fares.

First, geography. On a flat map, Alaska looks far from just about everywhere else. But chart out the shortest route on a globe - Go ahead. Use a string. I’ll wait. - and you’ll see that most flights between North America and East Asia actually get pretty close to Anchorage. It’s that crazy curvature-of-the-Earth thing. So a stopover isn’t as outlandish as it first appears.

Second, the Icelandair model. By now everyone now knows that Iceland is beautiful, but how many of us had thought much about it before Icelandair touted Reykjavik as a stopover between North America and Europe? These days, scads of transit visitors ooh and aah at fjords and glaciers and soak in hot tubs before continuing on - and for some, Iceland is the destination.

Northern Pacific is betting that it can make Anchorage - gateway to Alaska’s natural wonders - the Reykjavik of the Pacific. The airline has even enlisted the help of Icelandair for its launch. “In Europe and in other places where we’ve set up a similar system, we could see immediate benefits from the stopover in the hub,” says Erlendur Svavarsson, senior vice president of Loftleidir Icelandic, which manages aircraft for Icelandair.

Third, the Great State of Alaska is pumped. “Obviously, this is a big, big development for Anchorage,” says Kathy Dunn, vice president of communications for Visit Anchorage.

“We get people coming to our airport visitor center and saying ‘I have four hours, I have 6 hours, I have a full day. What can I see?’” she says. The answer might be something as elaborate as a sightseeing flight to Denali (largest mountain the US) or hiking in the Chugach Mountains, or as local as the Alaska Native Heritage Center in town. Just driving the 6 miles into downtown, Dunn says, “Your chances of seeing a moose are huge.”

Whether visitors transit, stop over en route, or fly Northern Pacific for domestic travel, she says, “This introduction of service is definitely going to have an impact on how many visitors come to the state.”

Fourth, Northern Pacific is not starting from scratch. Its affiliate, Ravn Air, flies to multiple Alaskan destinations and is well positioned to help Northern Pacific’s passengers reach other parts of the state.

Fifth, there’s a decent argument to be made for a stopover actually making travel easier. Nonstop flights from the US to Asia are among the world’s longest, and the jet lag is legendary - Japan and Korea are virtually the other side of the world from the Eastern Time Zone. So spending a few days roughly halfway in between isn’t a bad way to clear one’s head and acclimate.

Then, imagine clearing US customs and immigration in low-traffic Anchorage versus the jam-packed, jarring arrival halls at any major gateway. ‘Nuff said.

Northern Pacific says it aims to have a dozen Boeing 757s in the air by the third of fourth quarter 2022.

It’s those planes that help enable the low fares. While it’s premature to announce pricing details, an airline spokesperson cites “the proven economics of a narrow-bodied plane” - such as less fuel, shorter routes and lighter loads - to help keep costs down. Planes are expected to seat up to about 180 passengers in business and economy classes.