I'm in charge of the branding and design you see on airplanes. Here's what my job is like and how I broke in. 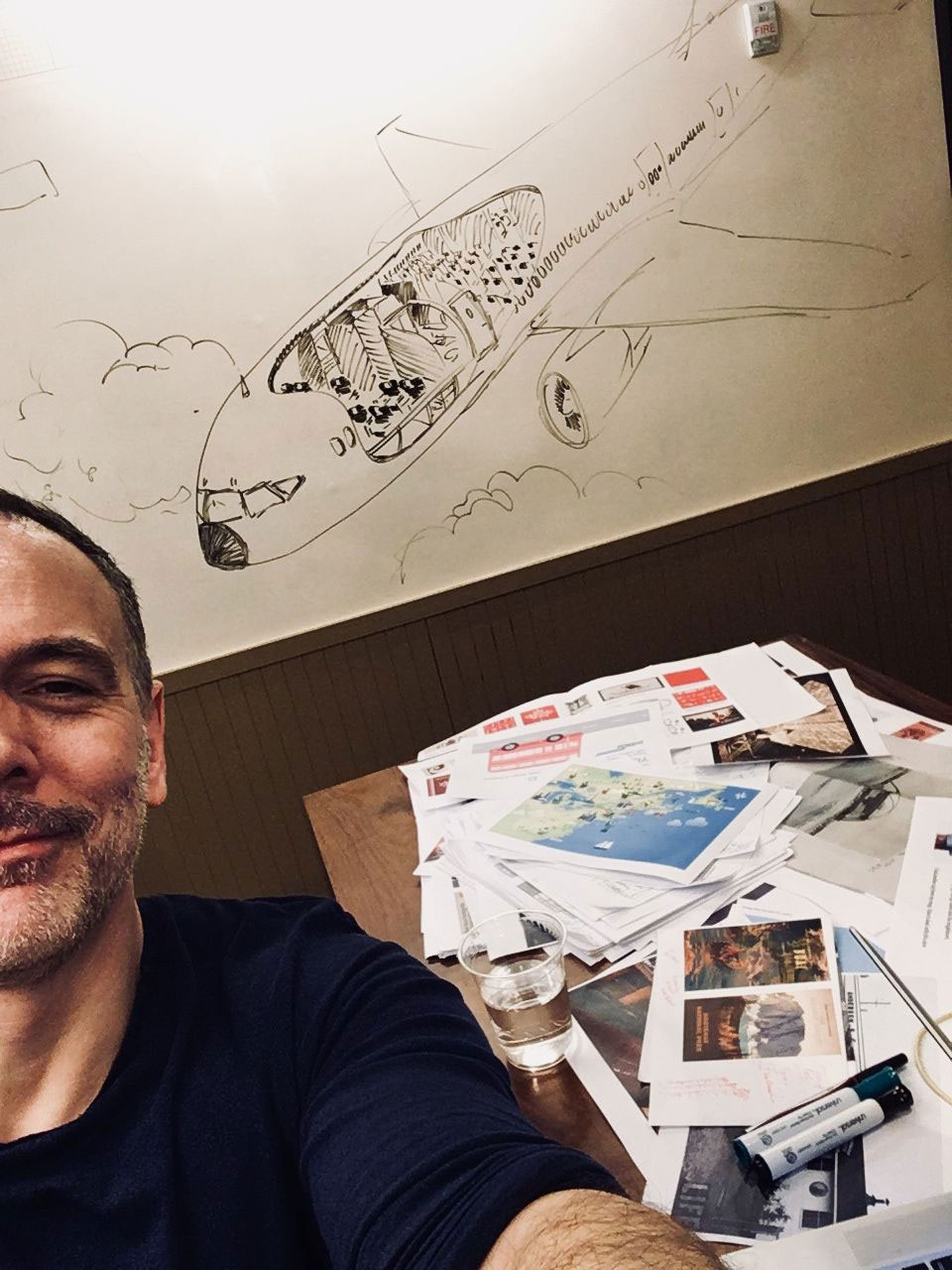 This as-told-to essay is based on a conversation with Edmond Huot, a 53-year-old aircraft livery designer from Winnipeg, Manitoba, about his job. It has been edited for length and clarity.

I've always been obsessed with airplanes. Growing up on a rural farm, we didn't even have cable television, so I used my imagination to entertain myself. I would spend hours drawing planes and building models, but I never thought that I would do it for a living.

I studied English and history at the University of Manitoba, and one of my first jobs out of college was handling reservations for Air Canada in 1989. I worked there for nine years, and I was able to travel worldwide with employee airline passes, which opened me up to the world of travel.

In 1992, my friend, Peter Clark, an account manager and entrepreneur, had an idea to start a graphic design business together called ClarkHuot. I didn't have any formal training, but I did have a talent for drawing and innate artistic ability.

I trained myself and learned to program independently

I studied architecture briefly in college and gained knowledge of depth of field, scale, and graphic conceptualization, which helped prepare me for a future in graphic design. My technical skills as a graphic designer were primarily self-taught by tinkering with Mac-based creative design platforms like QuarkXPress and the Adobe Suite. Additionally, drawing planes as a child helped me develop a talent for illustration, which proved helpful for sketching concepts and mock-ups for clients.

I left Air Canada once my branding design agency allowed me to sustain myself financially.

In 2019, we started Forward Media in order to shift our positioning from a Canadian graphic design agency to a digital media company for Canada and the US because our airline clients were also in need of PR and digital media services as well as the branding and design services we offered at ClarkHuot. I'm now the chief creative officer, and I co-own the company.

I'm directly in charge of our aircraft livery design projects

Airline livery design is a creative process that uses brand elements, specific paint schemes, and sticker design which are then produced and then applied to an aircraft. There's something quite unusual about painting a 155-foot-long canvas. It's exhaustive, but clients want someone who's going to go deep and flesh out all possible directions and concepts to end up with the one we show the client.

Most of my clients are referrals, and we had to start by networking and finding our own business. One of our early projects was a former client who got a new job with an airline.

Additionally, my partners and I will attend after-work cocktails and dinners with stakeholders, including prospective clients, key vendors, possible new hires, connected friends, and influential colleagues. We'll also attend conferences and trade shows such as the InteliSys Aviation Airline Growth Summit, Independent Lodging Conference (ILC), and the Wall Street Journal's Future of Everything Festival to network and meet prospective clients.

Airline livery projects range quite a bit in cost

We started small, working on projects with budgets of $25,000 to $100,000, and now we're working within the $500,000 to $1 million range. These projects not only include livery design but encompass brand consulting, campaign initiatives, and more. In addition to Clark and me, our team includes a PR person and a UX designer. I'll also bring in specialists like developers, renderers, designers, and media buyers on a case-by-case basis.

Timelines can be extremely short. Our first livery project was for Island Air — a small interisland carrier based in Honolulu — in 2012, and I got the call on a Friday. The client told me that they would require initial concepts and design directions by Wednesday, and I could only complete the project if I worked quickly and efficiently.

My latest project was intense but rewarding

My design is going on the plane's exterior and interior for a new airline projected to launch in fall 2022 called Northern Pacific Airways. The project came about because the CEO, Rob McKinney, was a former client. He called us up and said that he had a top-secret project — the brand development of a new airline.

We worked on everything branding-related, from producing the airline name and logo to the ancillary design that flowed from it, including the livery. One of the airline's selling points is that it offers low-cost flights to Asia that stop over in Alaska, so Northern Pacific Airways made sense. The airline wanted to highlight Asian culture and local indigenous communities in Alaska, so we had to deep dive into cultural sensitivity and market-review customer segments before starting work on the creative aspect.

The process of developing the mock-up for the aircraft was intense. A typical day would include research, then we'd transform those concepts into graphic elements. Later in the day, we'd edit down hundreds of different ideas to a handful that were really on the money. I might tell the team, "Explore the notion of mountains," and they'll return with hundreds of visuals of mountains, or "Explore the concept of flight with graphic elements and motifs." My inspiration for design is typically not driven by my understanding of airlines but rather my interest in learning broader, more abstract themes and notions.

We bring all the ideas into the studio and review together in what we call a crit — pinning everything to a wall and talking about it. It's super fun, and we edit hundreds of different directions and ideas to a handful we think are really on the money.

After that, we present a mood board to the client. My job is to bring context to what might seem like an abstract collage of colors, imagery, and typeface and explain how everything on the board can tell the brand's story. We executed the research, design, and branding for this project in about two and a half months.

For the Island Air design, I had to jump on a 13-hour flight every two weeks from New York to Hawaii with designers, photographers, and videographers in tow. Working in Hawaii seems glamorous, but I rarely left the office in reality.

Time zones can also be a stressor. Often when our workday is ending, a client's day in another country is just beginning. But it's all worth it. I'm lucky to have the opportunity to work on livery designs because these projects, since they're often referral-based, are few and far between. At heart, I'm an artist. Now I get to live out my dreams of designing real planes for real people.

To break into the industry, research and apply to creative consulting or design agencies who have completed livery designs, which are usually part of overall branding assignments. The more knowledge one has of airplanes — even recreationally — the better your designs will be because understanding the aircraft's physical scale and dimension makes a difference in the final execution.