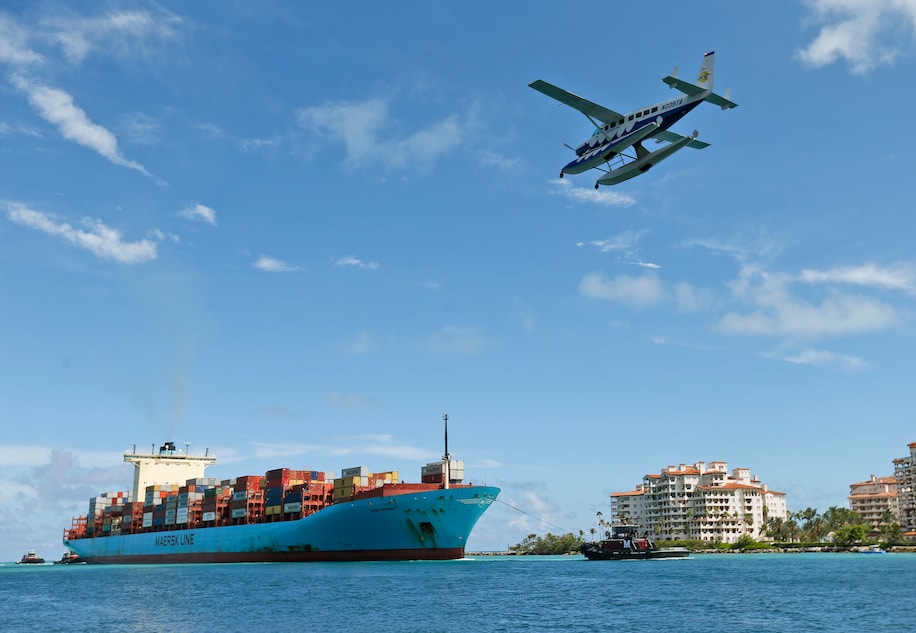 Journeys between Washington and New York typically happen by car, jet, train or bus. A new airline is making plans to add seaplane to the list.

Seaplane airline Tailwind recently released a service map that shows a route between New York and Washington launching Sept. 7. The company — which already services Manhattan, Boston and other locations in that region — says it’s confident it can get the D.C. route running in some of the nation’s most tightly controlled airspace but noted that it didn’t have other details available Friday.

“At this time, we are still working on our D.C. expansion and are not ready to announce a route launch,” Tailwind co-founder Peter Manice said in an email. “We do feel we have a pathway to D.C. area service that will afford similar benefits to the ones our Boston-Manhattan passengers realize on a daily basis.”

Tickets on that route start at $395 one-way. Tailwind markets its service to executives, saying it offers a faster way of getting around the Northeast than Amtrak and conventional airlines, making possible a half-day business trip to Boston from New York.

Tailwind operates a fleet of propeller-powered Cessna Caravan seaplanes equipped to land on water or land. It flies from a seaplane base on the eastern side of Manhattan to a marina on Boston’s waterfront. It wasn’t clear where the planes might land in the Washington area.

Launching a similar service in the D.C. area could prove complicated. The airspace over the city has been heavily regulated since the Sept. 11, 2001, terrorist attacks and is not generally open to commercial flights.

The Federal Aviation Administration’s Flight-Restricted Zone stretches about 15 nautical miles around Reagan National Airport. The FAA did not immediately respond to a request for comment Friday about the proposed seaplane service.

A miscommunication between the FAA and police last week led to the evacuation of the Capitol when a plane used by an Army parachute demonstration team bound for Nationals Park flew over the city.

The Seaplane Pilots Association says on its website that seaplane service from Washington has been proposed in the past, but it’s wary of the idea: “The Seaplane Pilots Association is cautious about this from a security threat perspective and the potential for even a perception of a/this threat which would have the potential to show seaplanes in a very visible negative light in the media.”