New airline Bets You’ll Stop in Alaska for a Cheaper Flight to Asia. 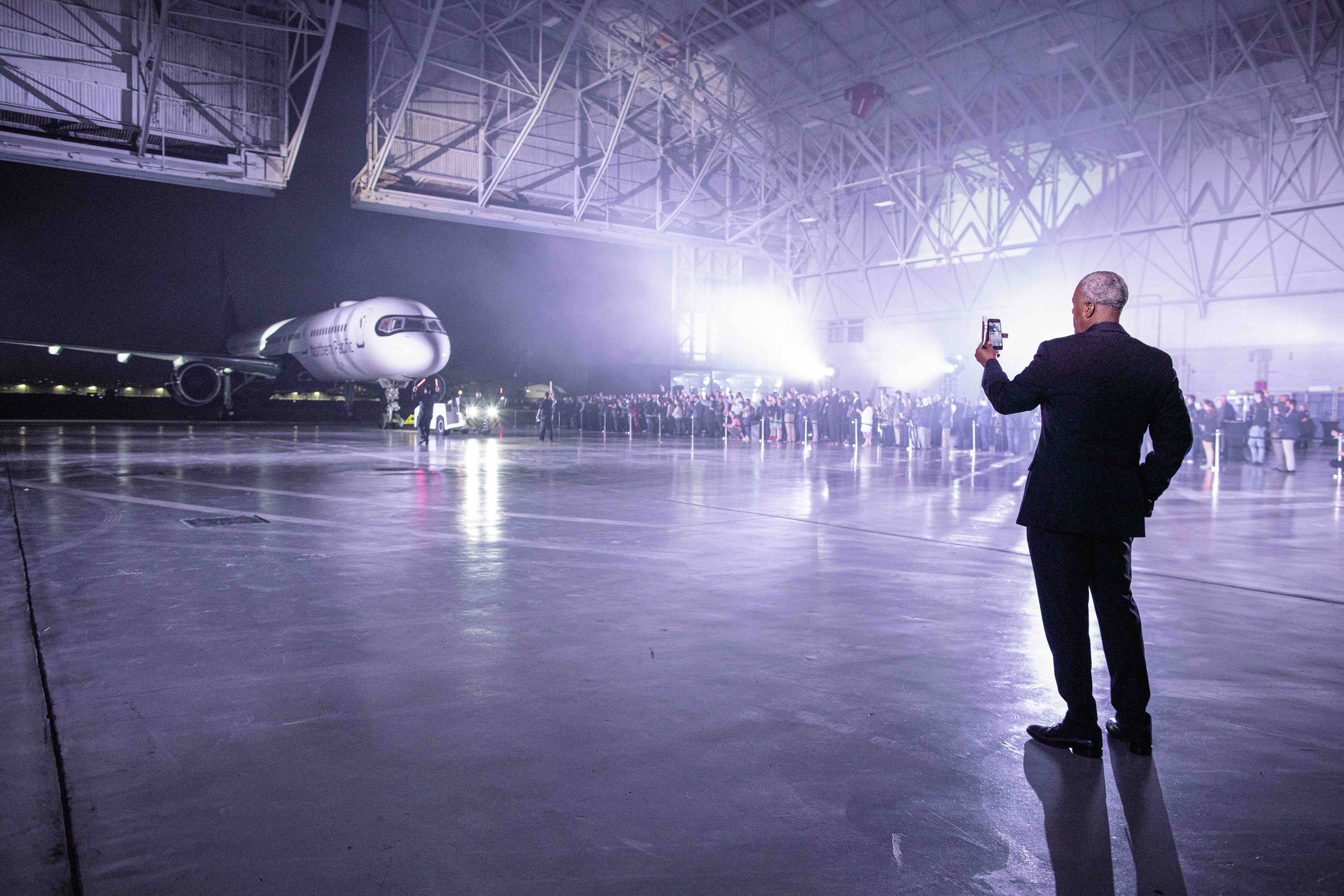 Northern Pacific figures leisure travelers won’t mind making a connection in Anchorage to save 20% on fares.

Until the spread of widebody jets in the 1970s, taking a commercial trans-Pacific flight usually involved a refueling or technical stop en route, often in Alaska. Now, a mix of pandemic-era entrepreneurialism and cryptocurrency fervor is birthing a new airline whose strategy is to connect price-sensitive leisure travelers between the U.S. and Asia via a stop in the 49th State.

Northern Pacific Airways aims to start flying later this year, pending U.S. regulatory approvals, using single-aisle Boeing Co. 757-200 jets with 197 seats, including 12 in business class. The company plans to charge 10% to 20% less than the economy fares on competing nonstop routes; all its flights will connect through Anchorage. Alaska tourism officials also hope the carrier could become a conduit for an influx of new visitors.

Northern Pacific’s initial route map includes the largest metro areas in Japan and South Korea—Tokyo, Osaka, Nagoya, and Seoul. In the U.S., it will fly to Las Vegas, New York-JFK, Orlando, San Francisco, and Ontario, Calif., east of Los Angeles. Its founders say that clearing U.S. border checks in Anchorage will be more expeditious than at busy airports like those in New York or San Francisco.

“The numbers are there of how many travelers, and that’s not giving any credit towards spurring new traffic,” says Rob McKinney, chief executive officer of both Anchorage-based Northern Pacific and intrastate carrier Ravn Alaska, and former operations chief at Mokulele Airlines, a regional carrier in Hawaii. “I just believe that if we do the right things with the right machine that it will be a success.”

The startup arose from the bankruptcy ashes of Ravn Air Group Inc., Alaska’s largest regional airline, which filed for court protection in April 2020 after the pandemic slammed air travel. An investor group, Float Alaska LLC, acquired parts of that airline for $8 million in 2020 and resumed flying a slimmed-down network within the state as Ravn Alaska.

The company’s largest investor and chairman is Josh Jones, a serial entrepreneur and cryptocurrency investor from Los Angeles. Jones has left his mark on the carrier, which will offer a crypto-based loyalty program, FlyCoin, aimed at inducing customer loyalty by offering elite status based on how many coins a customer has and how long she’s held them. The coins, valued at a minimum of 2¢, will translate to flight vouchers on Northern Pacific. Merchants at Ted Stevens Anchorage International Airport have also agreed to accept the currency, Jones says.

The FlyCoin loyalty program recently raised $33 million from venture capital investors and the airline will borrow some of that capital, but company officials declined to disclose loan terms. Northern Pacific itself will need to raise about $100 million total this year, McKinney says.

Northern Pacific is also in talks with Boeing and Airbus SE about ordering new fuel-efficient 737 Max or A321 aircraft later this year to replace the 757 fleet in a few years, McKinney says.

The concept could prove to be less risky than it seems, given the success of Icelandair Group in connecting trans-Atlantic leisure traffic in Reykjavik and Copa Airlines’ experience in Panama connecting travelers between the Americas.

The startup’s leaders say they’re mindful of the need to avoid going head-to-head with larger competitors in the North Pacific—behemoths such as Delta Air Lines, All Nippon Airways, and United Airlines Holdings—and will instead appeal mostly to younger travelers seeking a bargain. Jones takes a sober view of Northern Pacific’s odds of success, calling it a potentially $1 billion business in a few years balanced against the risk of losing $50 million to $100 million. “I’m like, if we can’t do it, then nobody can,” Jones said in a recent Zoom call from his living room. “And that’s obviously an option—nobody can.”

Although international air travel is gradually rebounding from historic lows in 2020, trans-Pacific remains the slowest region to recover because of strict Covid controls in several countries. In December, passenger traffic between Japan and the U.S. was still 87% below the same level two years earlier, while South Korea was 79% below 2019, according to Airlines for America, the U.S. carriers’ lobby group.

JTB Corp., Japan’s largest travel agency, estimates that international travel demand will recover in the first half of 2023, with inbound visitors to the country gradually rising later in the year. Japan may end its strict border controls at the end of February, potentially leading to a greater reopening of tourism.

“There have been very few flights to Alaska, so the demand could increase if flights increase for the public,” says Cho Il-sang, a spokesman for Hana Tour, Korea’s largest tour agency. “No one knows.”

Boeing’s 787s and Airbus’s A350s are increasingly creating new long-haul nonstop options for carriers in the North Pacific. So the Alaska startup’s business model of offering lower fares for taking connections is different in the region, says Yasuo Hashimoto, principal analyst at Japan Aviation Management Research. “Having stable demand is difficult,” he says. “It’s aiming at a niche market, which can be gambling.”

Another challenge for sales to Asian passengers could be the relative lack of tourism marketing about Alaska in the region up to now. About 60% of visitors arrived there on cruise ships before the pandemic, and Germany and the United Kingdom are the state’s largest sources of foreign tourists.

Unlike Iceland, which drew a steady influx of international visitors before the pandemic, Alaska isn’t a year-round tourist hot spot. The state saw annual winter season visitors increase only 36% in the decade from 2009-19, to just 323,000. That’s a fraction of the 2.2 million visitors it drew in the summer before the pandemic, according to data compiled for the Alaska Travel Industry Association.

Alaska is keen to do far more to attract visitors all year, for pursuits such as northern lights viewing and dog-sledding. “We don’t market it as ‘It’s cold here,’” says Sarah Leonard, the association’s president and CEO. “We market it as ‘There are winter activities to do here.’” —With Shiho Takezawa and Heejin Kim