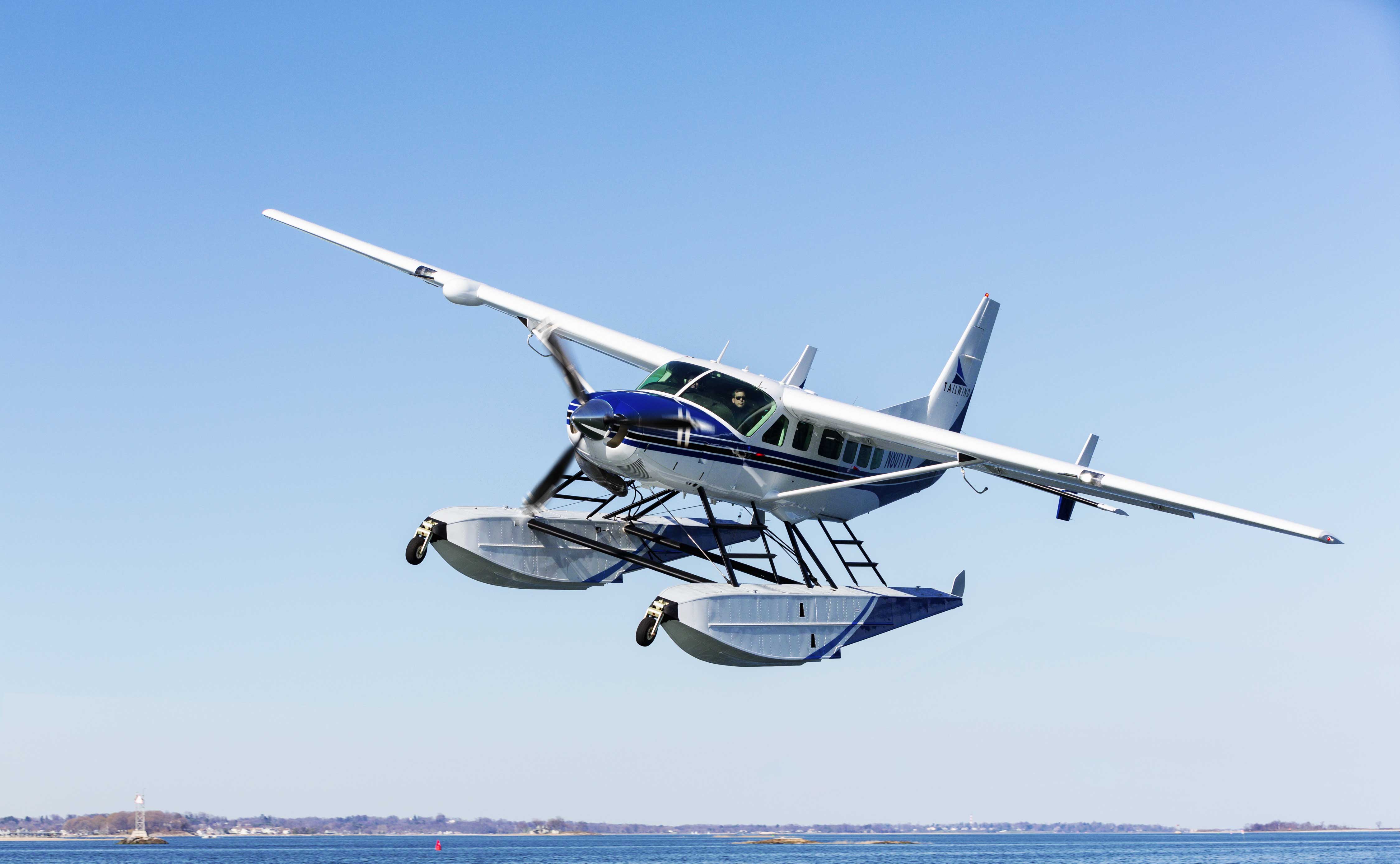 Tailwind has launched charters from Manhattan to Washington DC.Robert A Lisak

Passengers are used to delayed flights, but how often does an entire airline get delayed?

The tables were turned when Rye Brook, New York-based Tailwind Air announced the inaugural flight for its new service from Manhattan to Washington DC. Due to take off in mid-September, the airline was unexpectedly grounded, if only temporarily.

“It was beyond out control,” Peter Manice, Tailwind Air’s co-founder and EVP, told The Post of the rescheduled launch, which took place last Friday. “We met all the regulations. It was airspace issues and we were asked to move from the original College Park destination to Washington’s Dulles International Airport. College Park is a very small airfield; we’ll delay that destination until next year. We want to serve multiple locations around the DC area from Manhattan.”

Tailwind Air’s amphibious plane service to DC is now fully operational, taking off via the East River from Manhattan’s Skyport Marina on East 23rd Street, and landing at a private aircraft terminal at Dulles International Airport.

This follows the successful launch of a Boston route last year, which lands passengers at Fan Pier in the Boston Harbor, several minutes from the Financial District and Back Bay.

Founded in 2014, Tailwind Air started with seasonal service to and from the Hamptons, and now operates both amphibious and land-only aircraft to nine destinations from its Manhattan base, including routes to East Hampton, Sag Harbor, Shelter Island, Montauk, Provincetown, MA Plymouth, MA and Bridgeport CT.  Due to cold weather restrictions,  such as ice and snow on the East River, Tailwind Air seaplane services operate mid-March to mid-December, typically.

The nonstop flights to and from DC on an eight-seat Cessna Grand Caravan operate Monday to Friday, daily, and take 75-85 minutes. One way tickets start at around $395, depending on availability and advance purchase. Discounted prepaid books of 10, 20, and 50 tickets are available. Tailwind’s Fast Lane Club membership coasts $2,995 per person annually, and offers unlimited heavily discounted flying, cutting costs considerably (flytailwind.com).

“This is the fastest way to get from Manhattan to DC, and it bypasses the crowds and stress of commercial airports and train stations,” said Manice. “The service is not unlike a private charter, but without the massive expense,” Manice noted.

The Manhattan Skyport opened in 1936 for seaplane travel. The advantage of taking off from the heart of Manhattan, cutting out the trek to JFK, LaGuardia, or Newark, and then landing at a private terminal at a major international airport with a lounge and free parking, means less lines, less hassle, and less stress. With check-in cutoff s just 10 minutes prior to departure, the time saving benefits add up.

“Our business is 50% business travelers, 50% leisure, but the business side is growing,” Manice said. “Our service saves time and stress, and time is money. Business travelers who understand the value of time are our main customers. You can arrive 10 minutes before take-off. There are no lines or crowds. You bypass the usual frustration of traveling the Northeastern corridor. The new route is the ultimate fast lane to DC.”