Seaplane Flights From Manhattan to D.C. Are Launching This Fall 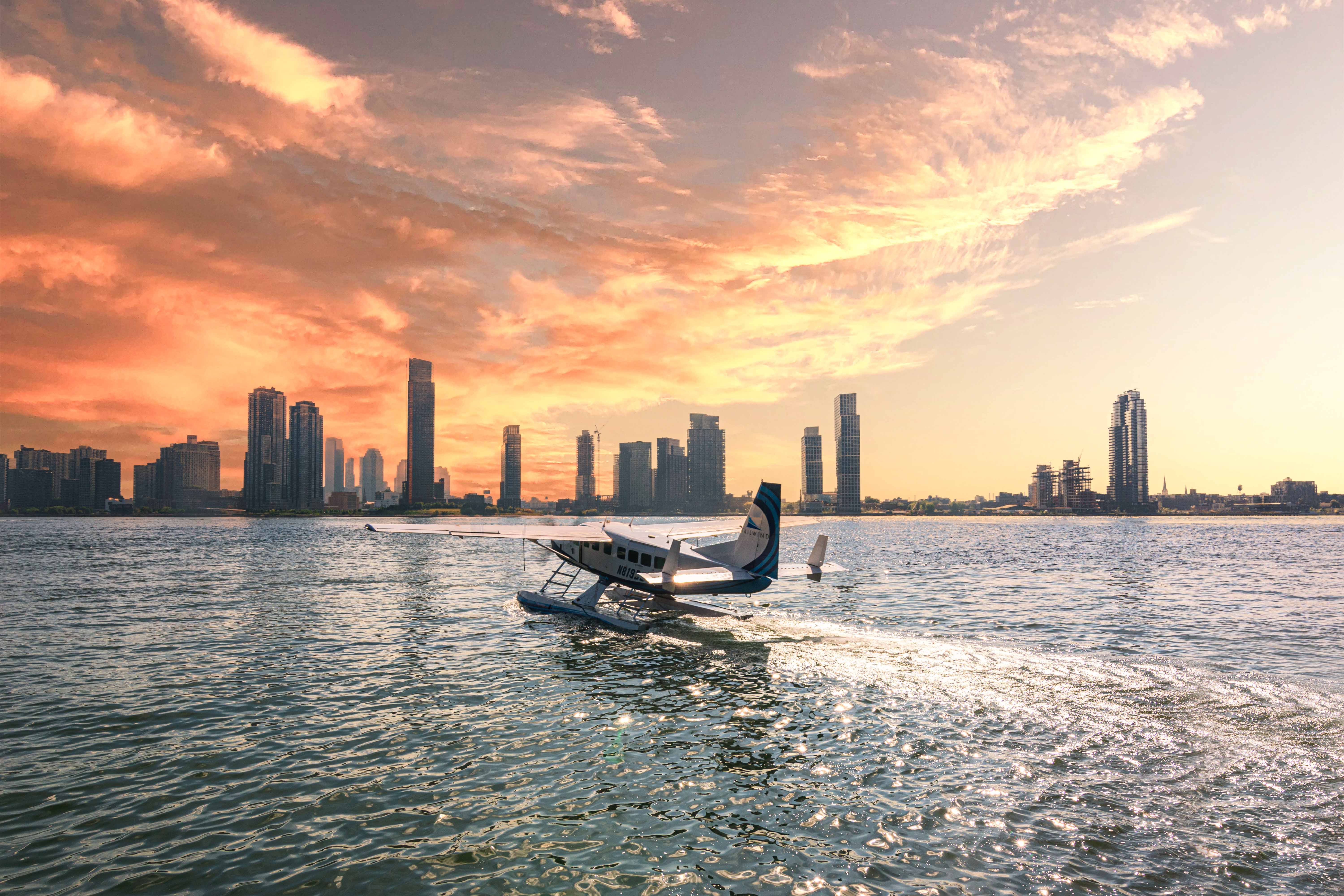 The route offers faster door-to-door travel than jets or trains, taking off from the water in Manhattan and landing on the tarmac in D.C.

Those looking to ditch the haul out to La Guardia, JFK, or Newark Airport (and their lengthy TSA lines) or avoid a nearly four-hour Amtrak ride when traveling between New York City and Washington, D.C., will soon have another option—a seaplane.

Tailwind Air, a seaplane company based in New York, recently announced a new route connecting the two major metropolitan areas by an 80-minute flight. The planes will run between Manhattan’s Skyport Marina and Washington, D.C.’s College Park Airport up to twice a day, beginning September 13. The company’s fares start at $395 one way and go up to $795 one-way for last-minute bookings.

“When factoring in the full journey—one hour and 20 minutes in the air (comparable to DCA-LGA service except with no need to access crowded and congested airports on both ends) or the three hours 50 minutes for the Acela—Tailwind Air will offer the fastest, least stressful, premium way to travel between D.C. and Manhattan,” Peter Manice, Tailwind Air cofounder and director of scheduled services, said in a press release.

Part of Tailwind’s pitch to travelers is that they’ll have up until 10 minutes before departure to check in for their flight. Their departure terminals are also more centrally located—their Manhattan base is in the Kip’s Bay neighborhood on East 23rd Street, roughly 10 minutes from the Empire State Building. There, guests board from a dock in the marina, taxi 1,000 feet from the shore into the East River, and take off from the water. Once it arrives at the College Park airport (where it’ll land on the tarmac), it is just 25 minutes from the Capitol and Georgetown. (The airport also happens to be the world’s oldest airport and home of the Wright Brothers.)

Cessna Grand Caravans, a turboprop plane that can land on water or ground, will be used to ferry guests from city to city. The planes feature eight leather seats for passengers (plus two for the pilots). Ticket prices include a carry-on-size suitcase that weighs up to 20 pounds. Additional bags up to 50 pounds will cost $250 each. Dogs are also allowed—those under 25 pounds can fly in an approved carrier for free, whereas larger dogs will need to have a seat purchased for them adjacent to their owner. Complimentary snacks and beverages are provided in the Manhattan lounge, as well as on board.

To celebrate the new route, Tailwind is offering a “buy one seat, and a companion flies with you free” promotion. It’s good for all flights on the new route from September 13 through December 21, 2022, if purchased by September 10 on Tailwind’s website with the promo code TWDCBOGO.

For the complete flight schedule, you can visit Tailwind’s website.