This New Airline Could Make It Cheaper to Get to Asia - Here’s How. 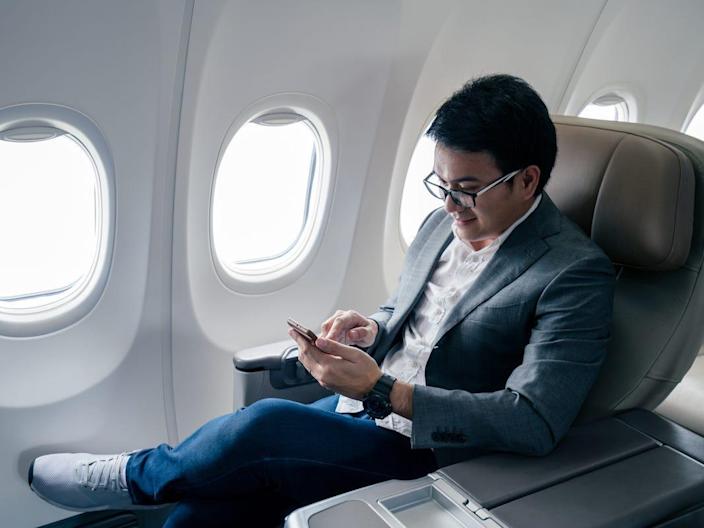 As the world emerges from the pandemic, startup low-cost airline Northern Pacific Airways intends to become the first discount trans-Pacific operator with passenger service on long-haul routes between the U.S. and Asia through its forthcoming Alaska hub.

The cool and edgy black-on-white livery with ice-blue highlights "captures the Northern Pacific brand and our affection for our Alaskan home," CEO Rob McKinney said, as the company's first Boeing 757-200 was revealed last week in San Bernardino, California. "I wanted to reflect the natural beauty of the Alaskan wilderness... [and] to make sure everyone understood we're an Alaskan company."

Northern Pacific plans to stand out with lower fares and a much better passenger experience, using Anchorage as a midway stopover point between Asia and the lower 48 states.

Northern Pacific's goal is to offer pricing at 10 to 25 percent below current fares, and stimulate new traffic serving passengers who would not typically pay a premium for a flight to Asia. Plus, by clearing customs and immigration in Anchorage, McKinney posited that the carrier can provide a quicker and easier transition into the United States than airlines flying directly into crowded West Coast cities like Los Angeles and San Francisco.

Initially, Northern Pacific will focus on customers immediately connecting their inbound and outbound flights through Alaska, with flights timed to ensure quick connections.

Long term, the goal is to develop the market for multi day stopovers at no additional cost, including using domestic flights on sister airline Ravn Alaska, also helmed by McKinney. "We're really inspired by Icelandair and what they've accomplished," McKinney said in a statement released to Travel + Leisure. The strategy will resemble Icelandair's tried-and-true model by creating a hub in Anchorage to "replicate what Icelandair has done so successfully in Reykjavik."

The company plans to install a mini-IMAX theater in its lounge at Anchorage airport to entice travelers to explore more of Alaska, McKinney said. "The goal is to encourage people to spend a day or two here and go salmon fishing, or go ride a sled dog on a glacier, or just all kinds of things you can only do here in Alaska," McKinney told Business Insider, again highlighting Icelandair's success in promoting stopovers in Iceland.

The CEO also believes Northern Pacific will prove attractive with "cutting-edge" inflight entertainment, including the ability for passengers to stream using personal Netflix accounts on their devices. And younger travelers, in particular, may be drawn in by the company's unique rewards program.

Instead of earning frequent flier miles, the carrier hopes to build loyalty by offering passengers FlyCoin cryptocurrency, which they can hold for investment, trade into regular currency, or use at concessions in Anchorage's Ted Stevens International Airport and, perhaps eventually, in tourism businesses and stores throughout Alaska.

"The traditional world of travel rewards programs is ripe for change," explained Lenny Moon, CEO of FlyCoin and CFO at Northern Pacific. "A cryptocurrency is the medium to reward our loyal customers for traveler participation, but not force their loyalty by constraining how they choose to redeem those rewards."

McKinney said that he expected commercial flights to begin "in the third or fourth quarter of 2022," while noting that plans are fluid because Japan and Korea are still closed to tourism. Northern Pacific has yet to formally announce routes and fares.

The carrier hopes to launch with flights from Las Vegas, San Francisco, New York City, Orlando, and Ontario, California, as the first U.S. gateways, connecting via Anchorage to Seoul, South Korea, and airports in Tokyo, Osaka, and Nagoya, Japan.

The fledgling airline has so far secured nine Boeing 757-200s, all of which were retired by American Airlines in 2020. Northern Pacific intends to acquire three more 757s by the time passenger service begins.

The cut-rate purchase price of the older aircraft is a key factor in the carrier's plan to compete on the 'Northwest Passage' route at a lower cost than established competitors. Nonetheless, the company recently changed its plans to offer only economy and premium seating. Like Icelandair, it will launch with a 12-seat business cabin, as well as premium economy and economy class, with a total of 180 seats.

Longer term, new-technology aircraft are in the cards as Northern Pacific plans service to other Asian destinations beyond reach of the 757-200s's 4,000-mile range. The company plans on scaling up to 50 aircraft within five years and is currently eyeing the A321XLR and 737 MAX, plus next-generation widebodies, McKinney said.